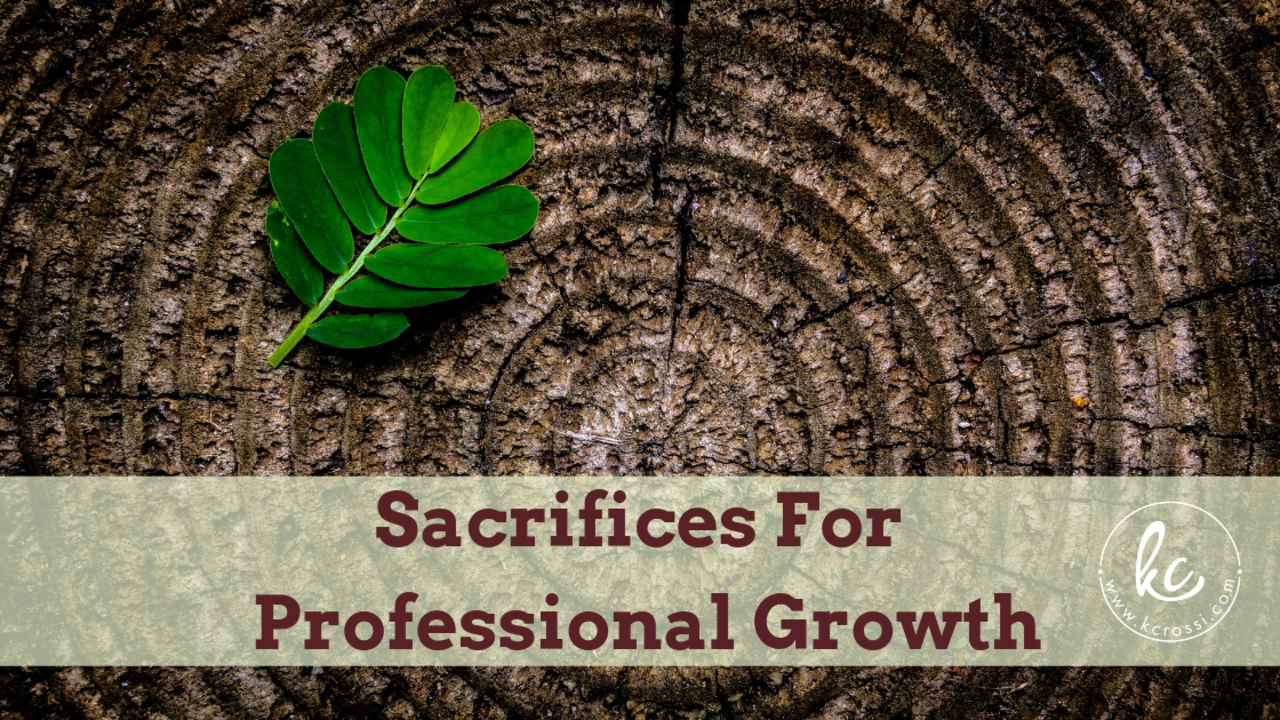 Rarely do you find someone who wants to give up something in order to achieve or get something else. It’s easy to have the mindset of “have your cake and eat it too”…which usually isn’t very practical. Especially when it comes to professional growth.

In my years of business networking, I’ve always kept an eye on the ups and downs other business owners experienced. Many lessons can be learned by just observing.

When thinking about the topic of sacrifices for professional growth, three associates came to mind. Companies that grew to be successful at one point, but at what expense? I watched them make years of sacrifices and their results stuck with me.

The first company was a printing vendor of mine. My business partner and I became good friends with him and would kibitz about employee issues and other trial and tribulations of owning and operating a brick and mortar business.

In the beginning, our companies paralleled. We both had roughly 10 employees, bringing in a comfortable 6 figures. The topic of growth would come up often over lunch. I wondered if selling on QVC would hurt our Mom & Pop’s that were steady throughout the year. He always had a desire to sell to large corporations.

In the end, he chose to go that route.

Flying to the major cities, getting in line with other eager briefcase buddies to pitch his wares to big box stores like Staples and Office Max.

He landed one of those accounts and that’s when I really started noticing a difference in my dear friend. He had very little time for lunches and shared stories anymore. He aged dramatically in such a short period of time. And probably, the most significant sacrifice was the strain on his marriage. The “5 o’clock hour” was his main focus of the day — to relieve the tremendous amount of stress and strain “running with the big boys” put on him.

The extremely competitive market of the printing industry (where you net only fractions of pennies, but make it up in volume) drove this entrepreneur into an arena that I wouldn’t wish on anyone. 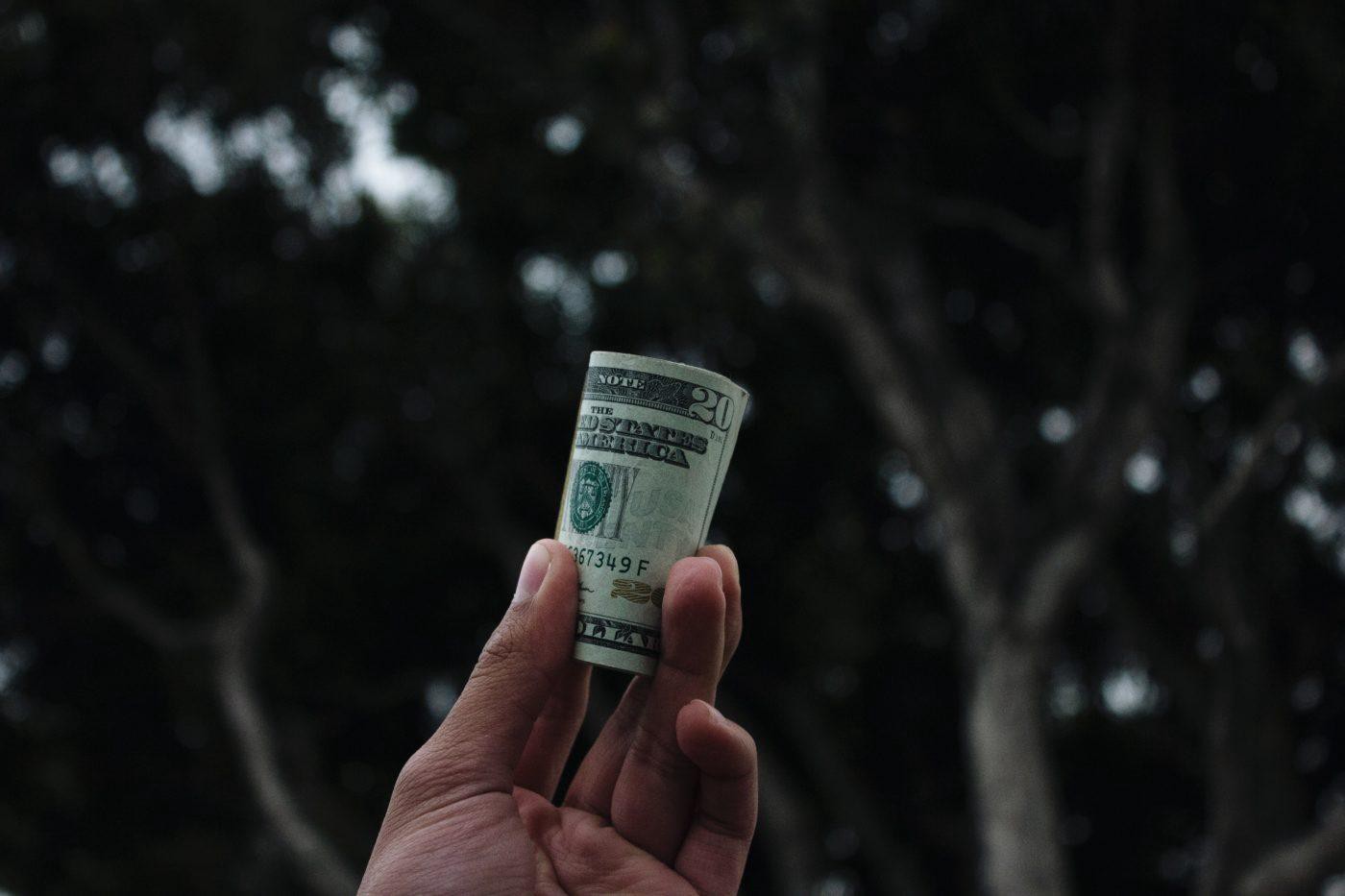 The second company was a sweet couple from Mexico.

They created handmade, beautifully decorated cookies. When our paths would cross at tradeshows throughout the year, we would always enjoy one another’s company, speak of family, travel, and light-hearted fun.

At first, the struggle for this newer baker was to get noticed. And within a couple of years, that they did. Target took a fancy to their wares and wrote them a nice, fat purchase order (PO) for a holiday trial. They were thrilled! They arrived.

As with most large, corporate buying contracts, there were many points to review and agree to. One of the stipulations in their contract was they needed a very high “sell-through rate.” Meaning that in a one month period of time, the expectation was to sell 94% of the goods. Now, that’s a lot of pressure! Contingent factors hinged on this percentage, that had large impacts for them.

Never having an opportunity like this before, they extended every bit of credit to obtain the raw materials and labor to meet the demand of the PO. However, they did meet the expectation and sold 96%! This impressed the buyers so much, that they put in an even larger PO for the next, major holiday.

You would think this would be awesome, right?

Well, now the risk was even greater for them. They had to mortgage their home in order to come up with the capital needed to manufacture, increase their staff, and a slew of other foundational pieces in order to keep up.

The amount of continuous pressure took a toll on their wonderful marriage.

The husband no longer could think about anything other than return on investments, sell-through rates, business risks, etc. The wife longed for their sweet and simple marriage — when taking a family vacation at the beach was actually still an option.

In the end, I stopped seeing them at trade shows.

Who knows why? Were they so successful with this one account, that they didn’t have to “pound the pavement” for new clients OR did their lovely marriage end up in divorce due to the strain and divergence of their partnership? I will never know. 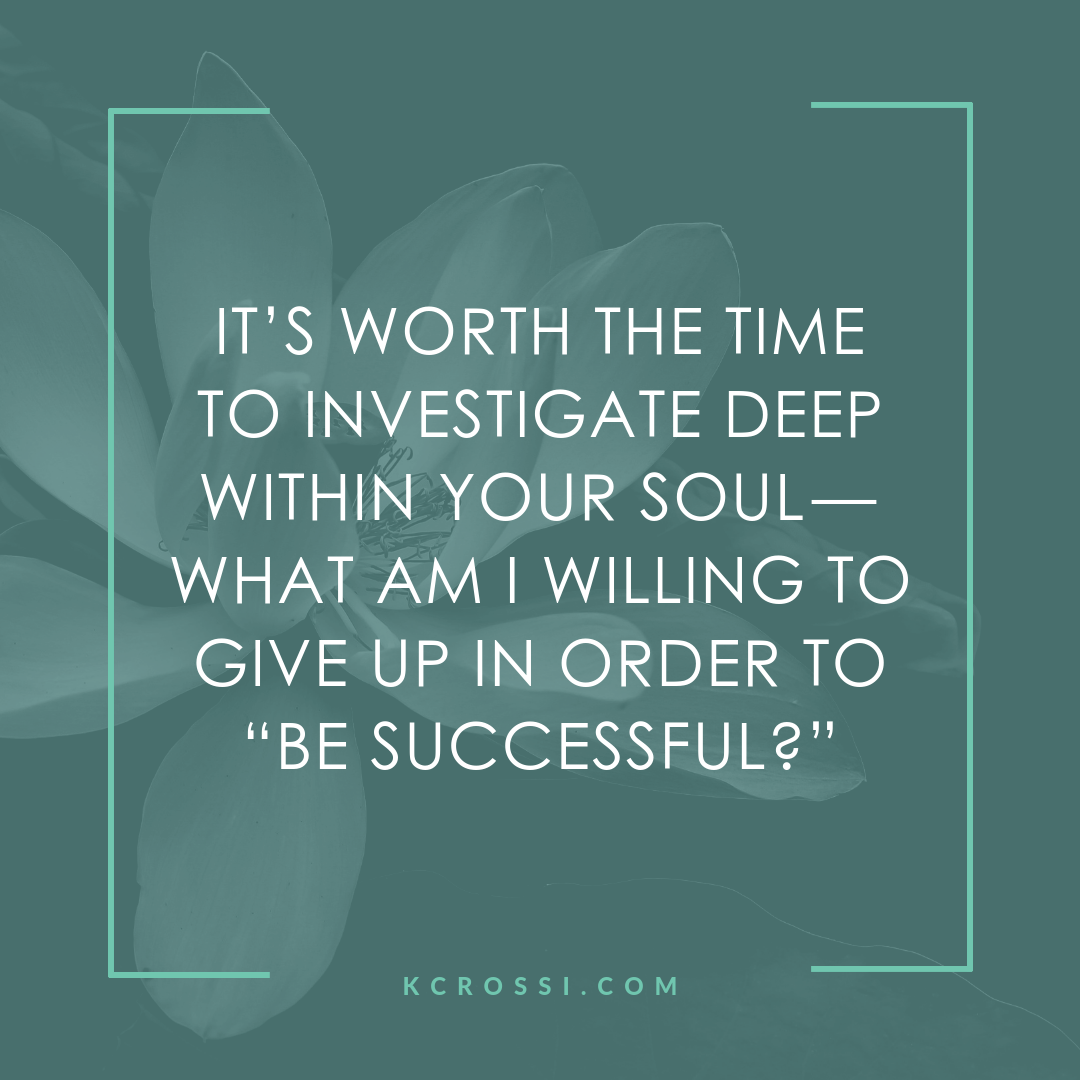 Lastly, a close friend of mine was the epitome of success! Starting a family-owned company in the kitchen of their country farm home, they grew to be a very well-respected baking mix company.

The whole family had a role. Their website was filled with artistic touches from local artists, which really made them stand out. It was a “feel-good” company.

We had many years of sharing with one another. For the most part, they were coasting along. They were the old standby for every gift basket company — a reliable, good tasting product that shipped well, and pleased the customer.

What more could you ask for?

Williams-Sonoma and another large chain commissioned them to do a private label line. Well, GROWTH happened! They had an enormous growth spurt within 9 months. So much so that they had to purchase their own 18 wheeler. Their staff increased ten-fold, they were having a difficult time sourcing some of their special and unique ingredients which gave their product a signature twist, and so many other issues. It was like a runaway train and she was constantly “chasing her tail” in order to keep up.

Unfortunately, they grew too quickly. This special company, which had thrived at one point, went bankrupt. A conglomeration bought the assets and completely stripped away their story, the love, and magical touches that you once knew them for.

And so, my friends, are the sacrifices of growth worth it?

I’m not saying to limit yourself and don’t go after your dreams. No! But —

It’s worth the time to investigate deep within your soul — what am I willing to give up in order to “be successful?”

As best as possible, try to envision what is going to be asked of you if you take it to the next level. Maybe “the bigger the better” is your definition of success? Perhaps it is. And I applaud you! Perhaps it’s not. And to that I say, having a balance of professional growth and personal happiness far surpasses the digits in your bank account.

Stay connected with news and updates!

Join our mailing list to receive the latest news and updates to help you soar.Don't worry, your information will not be shared.

Your info is protected. Unsub anytime. 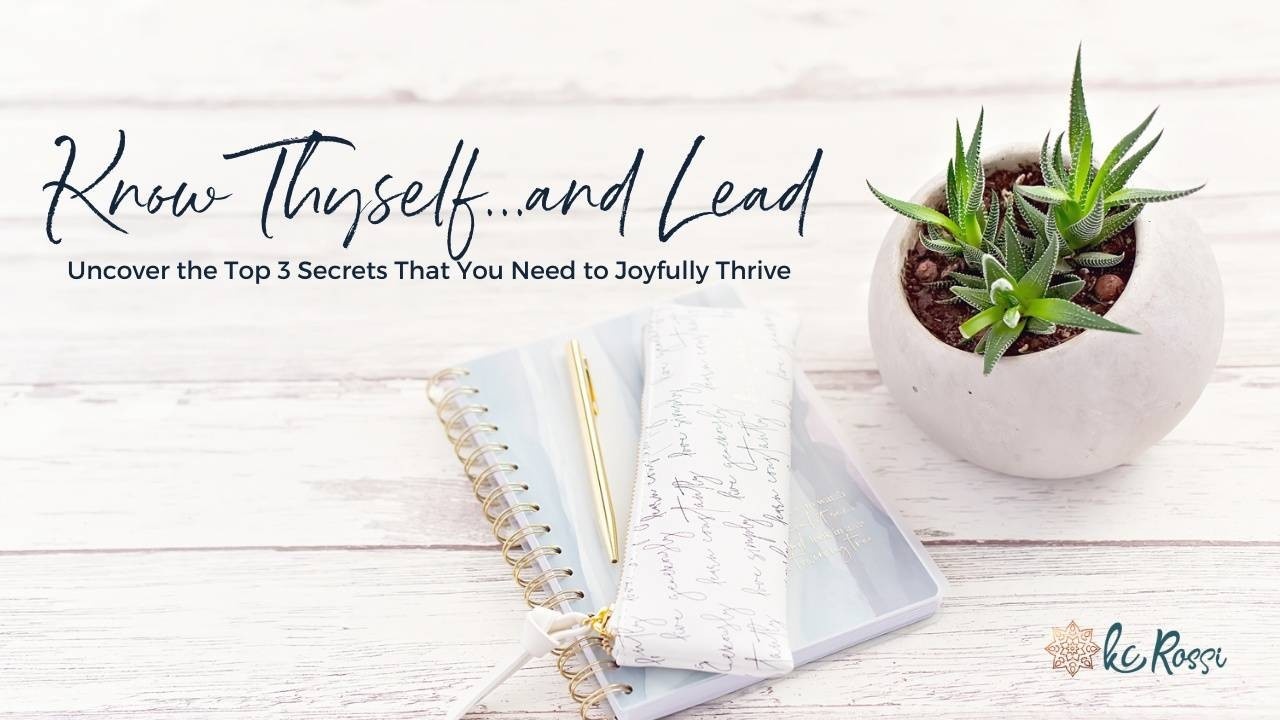 Uncover the Top 3 Secrets That You Need to Joyfully Thrive

SECRET #2:
Access the Key that Unlocks Your Specific Aligned Purpose

SECRET #3:
Discover the Way to Propel You Further Faster

Your info is protected.